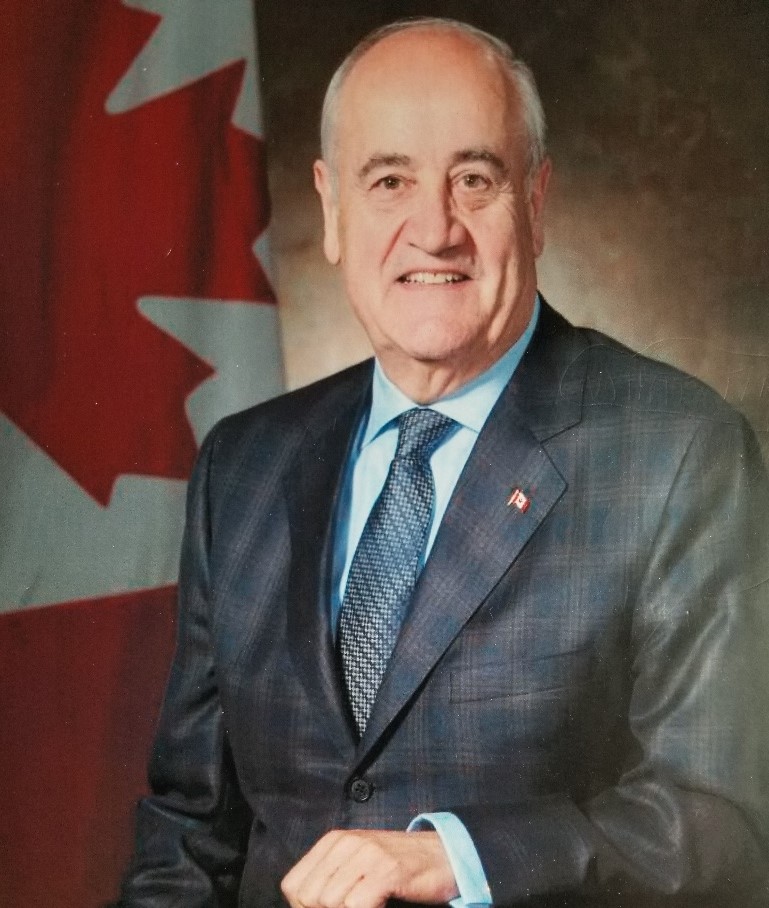 The Honourable Julian Fantino, PC (Queens Privy Council for Canada),COM (Order of Merit of the Police Forces), OOnt (The Order of Ontario), OMRI (Order of Merit of the Italian Republic). Chief Julian Fantino was a prominent, celebrated police executive serving as Chief of London Police Service from 1991 to 1998, Chief of York Regional Police Service from 1998 to 2000, Chief of Toronto Police Service from 2000 to 2005, Commissioner of Emergency Management Ontario from 2005-2006 appointed by Ontario Premier Dalton McGuinty Commissioner followed by Ontario Provincial Police from 2006 to 2010.

Post his retirement from policing in 2010, The Honourable Minister Julian Fantino was sworn in as member of the Queens Privy Council of Canada in 2011, and under Prime Minister Stephen Harper, was appointed as Associate Minister of National Defence 2015, Minister of Veteran Affairs 2015, Minister of International Cooperation in 2013, and Minister of State for Seniors in 2011.

Minister Fantino is the recipient of the International Association of Chiefs of Police (IACP) Civil Rights Award in Law, Top Choice Award for Leadership (2005), voted by Italian-Canadians in Toronto, Ontario, was presented the Key to the City of Toronto by Mayor David Miller, received a star on the Italian Walk of Fame in Toronto, 2009 and he received the Honorary degree of Doctor of Laws from Assumption University in 2013

TNT Justice Consultants, a premier Canadian Consulting Company specializing in services relating to government, policing, training, and leadership, welcomes and is pleased to announce the Honourable Chief Fantino will serve as a senior policy advisor and consultant who through his sphere of influence can no doubt shape and inform on topics of leadership and organizational transformation.