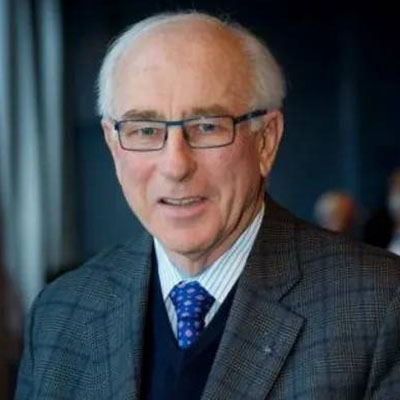 Dr. Terry Coleman has enjoyed a highly successful policing career spanning over 40 years. He worked as Chief of Police for Moose Jaw Police Service from 1997 to 2004, and at the Calgary Police Service after 27+ years as the Inspector-Professional Standards and Director of Human Resources. As the Chief of Police, Dr. Coleman was the Chair of the Criminal Intelligence Service-Saskatchewan and President of the Saskatchewan Chiefs of Police from 2004-2007. He has also served as the former Director of the Canadian Association of Chiefs of Police (CACP) and since 1998 has been a member of the CACP-Human Resource and Learning Committee. Post policing, from 2007, became Deputy Minister of Public Safety, Corrections and Policing for Saskatchewan and then Deputy Minister of Municipal Affairs. Subsequently, in politics, he was a Councilor for Moose Jaw and a member of the Moose Jaw Board of Police Commissioners. He is currently the Chair of the High River Policing Committee and Vice-Chair of the Alberta Association of Police Governance.

As a public safety consultant, Dr. Coleman’s work has focused on police personnel interactions with persons with mental health issues along with Dr. Dorothy Cotton. His recent work has included reviews of police agencies and colleges/academies regarding their curricula for preparing police personnel for their interactions with people with mental health issues. In this regard, since 2007, he has worked with the Mental Health Commission of Canada on various projects such as learning developed for police personnel to de-escalate difficult situations. He is co-author of the Mental Health Commission’s 2014 ‘TEMPO’ study conducted with Dr. Dorothy Cotton. Additional consulting has included the review of police agencies, police colleges, and correctional facilities to identify workplace performance issues and make recommendations.

Dr. Coleman holds a Doctorate in Policy Studies from the University of Alberta, a Masters of Human Resource Management, and a Masters of Police Studies, from the University of Regina. His research focus was the measurement of the organizational performance of police organizations. He was also a sessional instructor in the Department of Justice Studies and is currently an online tutor for Athabasca University as well as an instructor for the Dalhousie University College of Continuing Education. In 2003, he was awarded the Order of Merit for Police Forces.