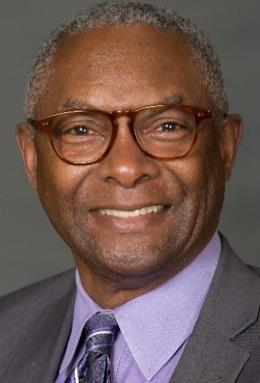 Dr. Philip Semple was born in England to Guyanese parents. He emigrated with his family to Canada in 1964. Philip grew up as a racialized youth in southern Ontario. His personal and professional experiences have shaped his Worldview and helped to make him a subject matter expert on racism at the micro (personal) and the (wider society) macro levels. Along his journey, he became the first black Student Council President and Valedictorian at T. A. Blakelock High School in Oakville, Ontario. As an adult, he worked in law enforcement where he gave back to the community by developing a police-led youth mentoring program called the Skill Hill Blues. For over 22 years Philip managed this program which still exists today. The goal of the program is to bring together diverse youth using a downhill, ‘learn to ski program’ combined with a curriculum and learning outcomes.

Philip completed his BA at Wilfrid Laurier University (1982) and his MA in Higher Education from Central Michigan University (2011). He also holds a Business Administration Diploma from Wilfrid Laurier University (1985) and a Certificate in Advanced Police Studies from the University of Western Ontario and the Ontario Police College (1991). He is now a PhD from OISE (2022), (University of Toronto). Philip retired from the Toronto Police Service in 2008 after a serving for 31 years. Since retiring from the police, Philip has been a Full-time Professor at Toronto’ s Centennial College in the Police Foundations program.

Professor Semple was recognized for his contributions to Centennial College and teaching when he received the Dean’s Awards for Innovation in Teaching (2013), Innovation in Scholarship (2014), and Looking Beyond … (2014). While at the University of Toronto, he received the William G. Davis Fellowship of Doctoral Students in Community College Leadership in 2015-2016 and the 2019-2020 William G. Davis Graduate Student Fellowship in Community College Leadership. He received the Michael Skolnik Award in Community College Studies in 2019-2020. He has also been awarded the Queen Elizabeth Golden Jubilee Medal (2003), the Etobicoke Sunrise Rotary Club Youth Impact Award (2002) and several other Police related awards for outstanding achievement.